There are dozens and dozens of hunting cartridges out there, but some are DEFINITELY best for those with some experience under their belt. A .338 Winchester Magnum is manageable for experienced riflemen, but intimidating to most new shooters. A 2-¾” 12-gauge shell is no problem, but a 3-½” shell full of high-speed #2 is a beast.

So, where does the newbie start? You start off with a hunting cartridge that has enough power to do the job it’s intended for, but doesn’t take their shoulder off in the process. Look, if you’re going to put on camo, and sling up a rifle…it might as well be one you can stand to use.

Even experienced shooters find themselves intimidated once they move beyond the popular target rounds into hunting rounds. If you’re used to .223 in rifles and 9mm in handguns, moving up to .30-06 and .44 Magnum is going to be some SERIOUS culture shock. Modern shooters prefer accurate, mildly recoiling rounds that are easy to get on paper. Plenty will put meat on the table as well. 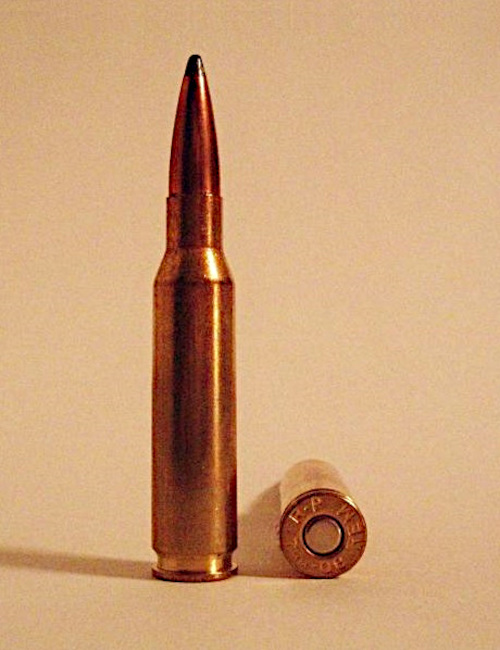 7mm-08 Remington was a wildcat for many years, until Remington decided to legitimize it in the 80s. The recipe is rather simple, as it’s a .308 case necked down to accept a 7mm (.284 caliber) bullet, much as the .280 Remington is a .30-06 necked down for the same. The effect is basically an updated 7x57mm Mauser cartridge.

The 7mm-08 Remington has a lot to offer, as it can seat any 7mm projectile from light varmint loads, all the way up to the 175-grain pills for bigger game. While ballistics are modest – a 140-grain bullet will usually leave the muzzle with around 2800 fps and 2500 ft-lbs of energy – so is its recoil, typically generating less than 13 ft-lbs of recoil.

It’s also a wildly popular long-range target round, and it’s known for outstanding accuracy with proper bullet selection. The newbie hunter can avoid turning their shoulder into burger and hunt everything from deer to hogs to elk to black bear with proper ammunition selection. 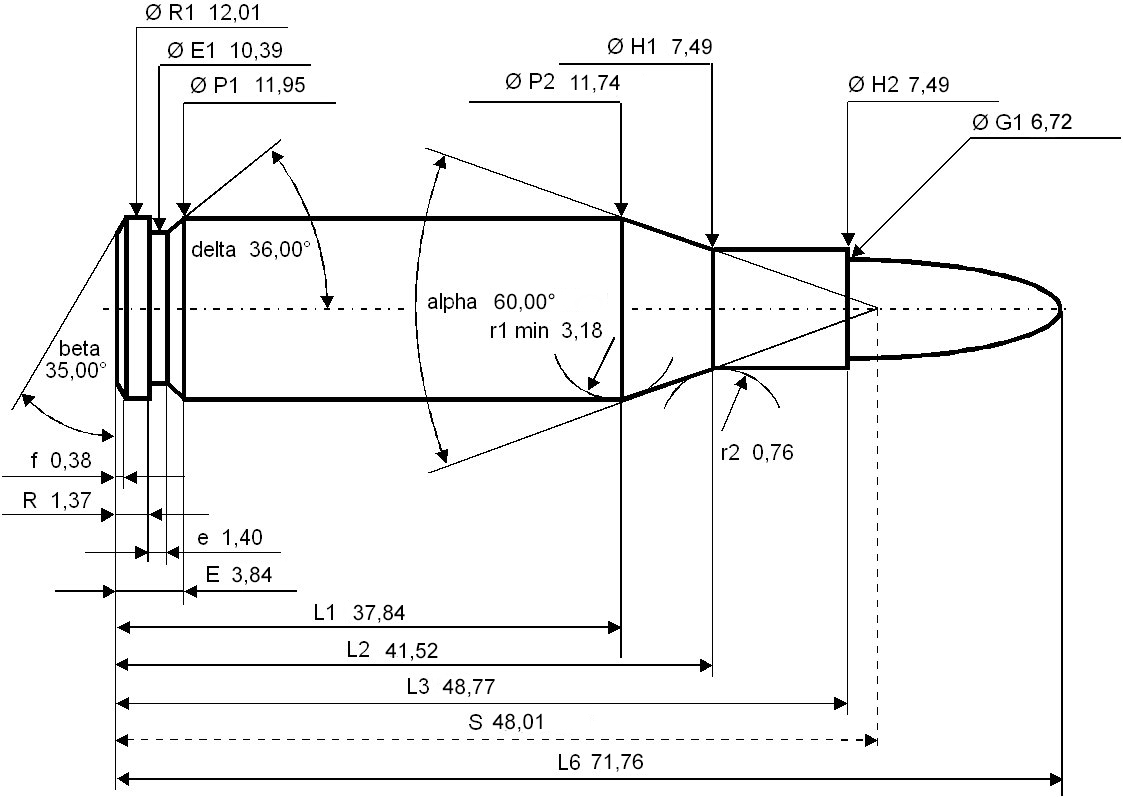 The 6.5mm Creedmoor is already the darling of long-range target competition shooting, and hunters are taking to it in droves. Laser-like accuracy to 1,000 yards, and mild recoil for a cartridge with such long legs, usually about 14 ft-lbs.

6.5mm Creedmoor will harvest everything in North America. While some insist it’s best left for whitetails, pronghorn and other smaller game, plenty of elk are in freezers right now because of one. 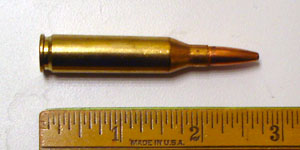 .243 Winchester is the classic starter rifle cartridge, and for good reason. It’s great for varmints and most deer, though burly western whitetails and mule deer should probably be given a bit more lead.

The .243 Winchester employs light, fast bullets, ranging in weight from 55 grains up to around 100 grains, which usually carry between 2,000 and 2,200 ft-lbs of energy. It’s a bit too light for elk or black bear, though plenty of both have been downed with one…in the hands of the right shooter. While it has about double the recoil energy of .223 Remington – at about 7 to 9 ft-lbs with most rifles – hardly anyone ever has a problem with it.

Most people start with one for good reason.

Granted, 12-gauge is the standard for a reason, and a person can train up from light 2-¾” shells to 3- or 3-½”, with plenty of every variety of shotgun load – buckshot, birdshot, you name it – in every length, but the reduced recoil of the 20-gauge is a good compromise between reducing recoil and the necessary wallop for putting birds and even bucks on the deck. 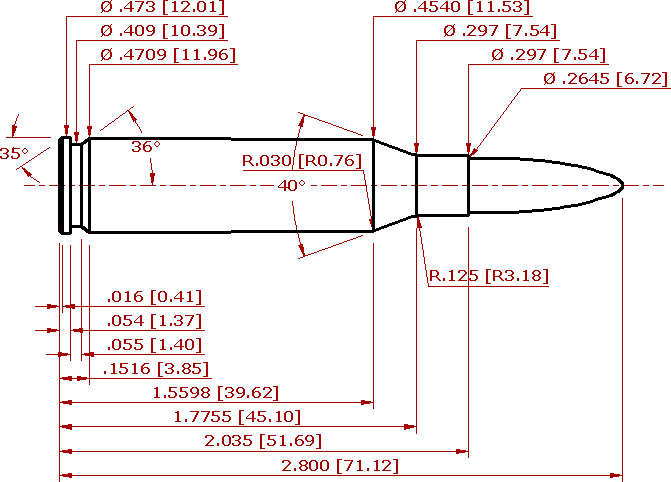 The .260 Remington is much like the 7mm-08, in that it’s a necked-down .308 Winchester. However, it’s necked down to 6.5mm (.264 caliber) instead of 7mm. Recoil is lighter than the 7mm-08 – and so are the bullet weights due to the smaller diameter case neck – but just like it’s 7mm cousin, it’s equally adept at hunting and long-range target shooting.

Typical bullet weights are 120 grains to 140 grains, often at somewhere in the neighborhood of 2800 fps and with 2250 to 2350 ft-lbs of energy from the muzzle. It’s plenty of medicine for hogs, deer, caribou or pronghorn, and at the lower edge of what you’d want to use for elk or black bear. Recoil energy in most rifles is in the neighborhood of 11 to 13 lbs.

The .270 Winchester is at the upper end of what new shooters are going to be able to tolerate, as most .270 Winchester rifles generate about 17 ft-lbs of recoil with typical loadings, which are 130-grain to 150-grain bullets leaving the muzzle at 3100 to 2900 fps from the muzzle and carrying 2600 to 3000 ft-lbs of energy, depending on the load. Basically, it’s where serious rifle rounds begin, but it’s just moderate enough for most people to put up with it.

But .270 Winchester is also one of the all-time classic hunting cartridges. In the old days, it was one of the most accurate cartridges to 400 yards; modern high-BC cartridges can take it out much, much further than that. Everything short of the great bears of North America has fallen to a .270 (Jack O’Connor actually bagged a couple of grizzlies with his…but you wouldn’t want to try it!) and a great many African and other game species besides. You’ll never lack for ammunition nor choice of it, anywhere.

If you were to only ever own one hunting rifle…the .270 makes a great case for itself.

Source
6 Outstanding Hunting Cartridges For Newbies is written by for gunbelts.com

How to Build an Emergency Survival Kit

Diagnosing A Failure To Eject

I Need A Concealed Carry Belt, But I’m Losing Weight. What Should I Do?