Laser sights are a sure sign that someone doesn’t know what they’re doing. This is a bit of a hot take, to be sure, but unless the laser you’re using is an IR laser and you’re running NVGs to with it…you’re better off with a weapon-mounted light or a red dot.

Or failing that, learn to shoot from retention.

Seem a bit too harsh? Well…let’s shed some visible light on the idea…

What Does A Laser Actually Do, Anyway? 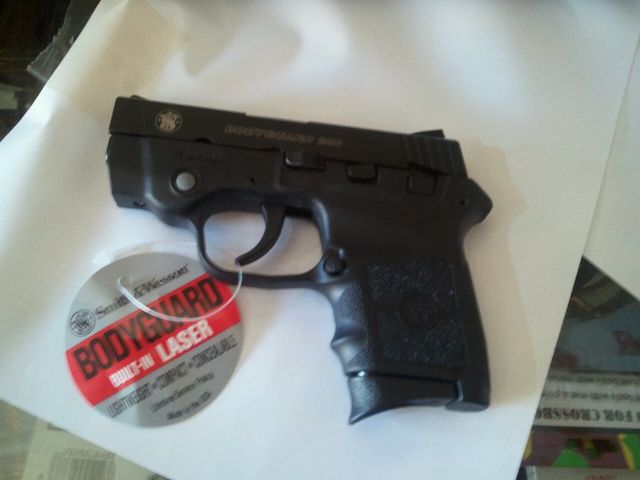 Let us consider what the point of a laser sight is.

The emitter, the laser itself, is situated on the pistol somewhere relative to the barrel. What that means is the point of impact will be somewhere close to the point of aim. The argument goes that you can therefore place shots faster on a target in a low-light environment.

Let’s talk about how the idea starts to fall apart.

For starters, the dot isn’t visible up to a point. The gun is in the way! Depending on the angle of the laser and the length of the slide/barrel, you might not be able to see the laser until 3, 5, or possibly up to 7 yards out.

Now, you might be able to shorten that distance with Crimson Trace grips, which offsets laser from the gun…

But that actually leads us to the next problem.

Now, some lasers can be adjusted for windage and elevation; you CAN zero laser sights.

But it only goes so far.

If the emitter is directly under the barrel, the drop or rise will only increase with distance. The laser’s position is fixed; a laser zeroed at 7 yards to be visible over the sights will be a little high at 10 yards, but may be inches high at 15 yards, and further still at 25 yards.

So, even if zeroed correctly, a laser is all but worthless for precision shooting with a handgun.

However, on a pistol it is not an instrument for precise shooting except for inside a specific range.

If You Can’t See The Sights, You Need Some Lights 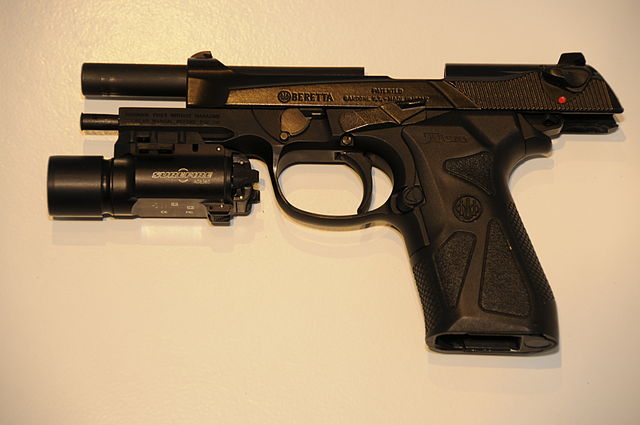 But what about low lighting conditions, wheedles the comments section?

Except when you start to actually think about things.

Okay, so the argument would go that you’d use a laser in a low-light environment.

If the ambient lighting conditions are such that you can’t see your actual sights, a laser is not going to illuminate very much. And the legal ramifications of a bad shoot are such that you NEED to be sure that your target is a threat.

Remember, you are accountable for every bullet that ever leaves your gun.

What that means is that in a low-light environment, threat identification is absolutely critical. And a little green or red dot is NOT enough, at all, not by a long shot, and there is no equivocating it away.

In other words, you either need an actual light or you need to not shoot and that’s the end of it.

What About Diminishing Vision 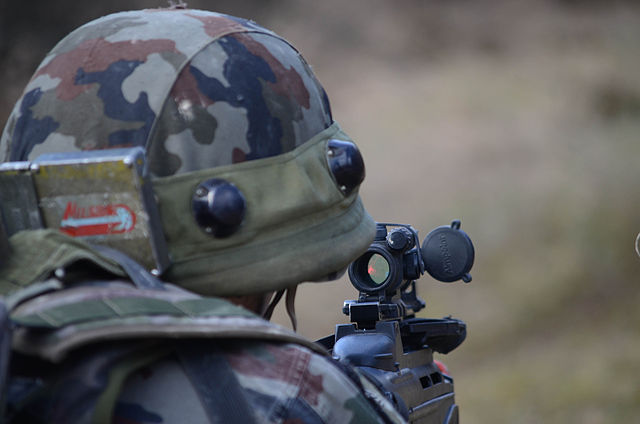 Eyesight degrades over time, this is true, and that makes it harder for people to see the front sight.

Red dot sights put a reticle at the rear of the slide, perfect for folks who are becoming more near-sighted.

What most people use lasers for is basically for assisted point shooting. Well, you could do that or you could just practice shooting from retention and/or actual point shooting at bad breath distances.

These are both proven techniques for unsighted shooting at very close range, and don’t require you to add any equipment to your gun.

Plenty of instructors specialize in these techniques, so it’s not as if the training or education isn’t there.

Again, IR lasers are a totally different kettle of fish.

In a low light environment, a handheld or weapon-mounted light is better for threat identification and also for being able to see your darn sights to shoot. For aging eyes, a red dot sight is a better method of being able to place precise shots.

For up close and personal shooting, a laser is either going to be useless because the target is too close to see the dot, or will be slower than shooting from retention/point shooting without using the sights.

Adding widgets and gidgets and gadgets to guns can seem cool because it makes them look like a laser pistol from the movies. But consider what you’re getting them for, what you think adding that gizmo will do for you.

And then consider if there’s something that will do that better.

Guns are tools, and what matters more than anything else is whether or not it’s the best thing for the task…and you want to equip yourself to succeed.

Source
Concealed Carry Tips: Lasers Are Mostly Pointless is written by for gunbelts.com

The Sturmgewehr 44 was developed towards the end of World War II by the German military. The idea was to replace the submachine gun and the K98 at the same time, especially for paratroopers but also to create a...

How Good Is Speer Gold Dot? A Brief Guide

What to Put in a Survival Kit

How To Start Reloading Ammo