Is Training In Full Kit Stupid? It Is For Most People!

One of the constants among the GunTubers is training in full kit. Clad to head in toe in modern camo, with every accoutrement you could imagine, dumping a whole boatload of ammunition into the berm.

Not only that, but typical folks are starting to do the same thing. It isn’t just the wannabes and goofballs anymore; to paraphrase George Carlin, “I’m talking people with jobs!”

Is this something you actually want to do? Is it a good thing to get completely kitted out?

Actually, it might be, depending on what it is you do…but for the average person? No. It isn’t. It’s a waste of money. It’s cosplay. And that’s extra money you could spend on ammo.

When You Absolutely Should Train In Full Kit 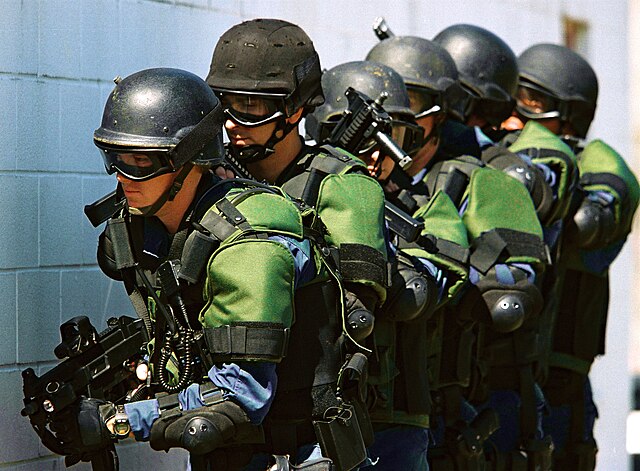 Before we start bashing anyone, and we are about to tee off on these fools, let’s acknowledge that there are absolutely some situations in which you should train in full kit and therefore people who should.

Police and military personnel absolutely need to train in full kit because that’s what they wear on the job! DUH. That old saw about “train how you fight”? Well, that’s how they’ll fight.

There are certain other instances in which training in full kit or something like it is not only a good idea, but in fact necessary.

Competitive shooters need to train in the gear they’re going to use at a match. While obviously the IDPA folks aren’t going to be wearing multicam, USPSA, NRA Action Shooting, 3 Gun and other shooting sports competitors often wear tactical gear.

Watch some of the shooting videos from InRangeTV sometime. They wear tactical gear because they shoot matches in which using it is advantageous.

So, obviously it isn’t that no one should train in full kit.

You Look Stupid In That Vest STEVE, And You Work In Accounting! 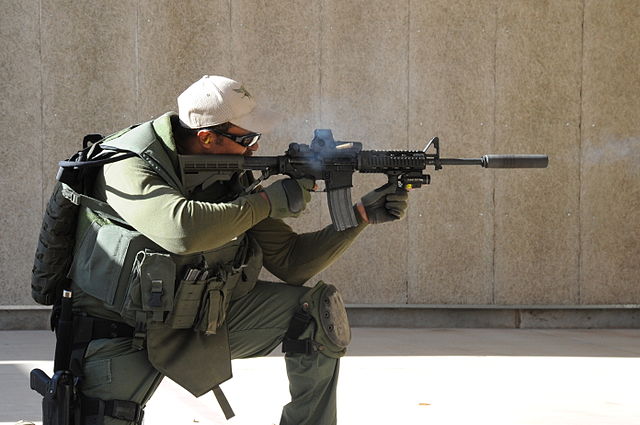 This sounds like it’s a convenient excuse to just dump on the gun community (hey, cheap heat is the best kind) but it’s actually not…even if a lot of gun community gets some really stupid ideas from time to time.

This is to actually view gear with a critical eye, with the idea really being that you should select gear for carrying and training that you are actually going to use, and that means beyond just the range environment.

Think of this way:

Safariland makes some pretty decent police holsters. They have good features, and good retention. So do a few other companies, like Blackhawk and the new Rapid Force holster from Alien Gear Holsters.

Are YOU going to be wearing one very often? If so, then you should absolutely train with it a lot. If you aren’t…why would you bother? Just because you saw Garand Thumb (Flannel Daddy) wear one in a video? Or the guy from T-Rex Arms or whatever because he shoots fast?

How often are you going to actually wear a plate carrier? It’s a good thing to have, sure, but unless you’re going to wear it all day, every day…it’s not terrifically practical, is it?

Perhaps another way to think of it is like this:

The average person is likely to never use a gun in self-defense. In the rare circumstance they do, it’s either out in public somewhere or at home.

If someone breaks into your house in the middle of the night (or the day, for that matter) you aren’t going to have time to put on a plate carrier or a tac vest. You will have just enough time to pick up your gun, and hopefully your phone to call 9-1-1.

You won’t have time to put on a helmet with NVGs, and turn them on, and turn on an IR illuminator.

If you haven’t picked up on it yet, the point is the most likely scenario the armed civilian will face is an instance where they have to get out a gun RIGHT NOW and put a few shots on target RIGHT NOW to stop a threat.

So if you’re the typical civilian and you’re training to hone and maintain defensive shooting skills…a closet full of tactical gear that you really only wear to the range is not really going to help you with that very much, is it?

The term that people like to use is “mission-specific” and that’s what you need to choose when it comes to any gun-related gear. The stuff you choose should support your goals, and your goals should reflect the reality of your situation.

Think of it like this: a 9mm carbine is not the best choice of self-defense gun if you live, say, in the backwoods of Montana. There are moose, there are grizzlies. You need something with a bit more punch. However, it’s perfect if you live in a more dense suburb or in the city.

In other words, your gun(s) and gear should reflect and complement what it is that you’re doing. If that’s competition and sport shooting or owning a gun for self-defense, you want to set yourself up to be successful at it, not to look like your favorite GunTuber.

Maybe that involves a full kit with tactical pants, tactical shirt, plate carrier and chest rig and so on because you’re a SWAT officer. Maybe that just means having a solid tactical belt with some mag carriers and a shot timer.

Do things for good reasons, and you tend to get good results.

Source
Is Training In Full Kit Stupid? It Is For Most People! is written by for gunbelts.com

Stopping Power Does Sort Of Exist…But .45 Doesn’t Have Any

How to Build an Emergency Survival Kit

How To Prepare Your Car For Survival