The 6 Worst Guns Ever Made

Hall Of Shame: 6 Awful, Terrible, Reprehensible Guns That Bring Shame On Their Maker

Some guns are very good, and history as well as the blogosphere and YouTube are littered with “best gun” lists…but what about the worst guns? What are the ones you should avoid? The ones we don’t talk about? The guns that just suck?

There are a number of them. Name the one you think deserves derision, shame and infamy in the comments.

There are a number of guns that deserve the title for one reason or another, but these 6 guns occupy a special rung in hell for how truly awful they are.

The Colt Revolving Rifle was a great idea in theory, but in practice was dumber than a bag of hammers. The idea was rather simple: take revolver, make bigger, it now rifle…and it was awful.

Because the original is/was a black powder firearm, powder gets on the front of the cylinders as part of the loading process. This leads to a risk of chain fire if any of that powder gets ignited…say by the hot gases from powder ignition and/or coming out of the forcing cone.

You can’t support it with two hands or else you’ll get burnt…by the hot gases from powder ignition and/or the forcing cone.

A great idea in theory, but you’d be hard-pressed to find a worse idea in practice.

Colt wanted to compete with Glock for police contracts, turning to Knight’s Armament and chief designers Eugene Stoner C. Reed Knight (founder of Knight’s Armament) who actually had a brilliant design…until Colt mucked it up.

Stoner and Knight designed striker-fired pistol with a rotating locking system and a light DAO trigger with about a 6-lb trigger pull. Colt’s lawyers insisted on a 12-lb pull, and then they simplified (and cut corners) with the firing mechanism.

The result? A gun with a horrendous trigger pull, mechanical issues due to the simplification by Colt’s engineers and terrible accuracy. It was a dismal failure, and deserved to be.

The Remington 740 could have been one of the all-time great rifles, but Remington…well…was Remington.

The 740 (and later 742, 7400 and 74) is a magazine-fed semi-automatic rifle, with a long-recoil piston operated system essentially copied from the 1100 shotgun. They are light, handy, well-balanced and classically beautiful, with a gorgeous drop to the stock and a slender receiver reminiscent of the 1100 the action is based on, itself a gorgeous shotgun.

Unfortunately, two key design flaws took the shine off. First is the controls. The trigger is so-so at best, and can’t be easily made any better, and the magazine release is ATROCIOUS.

Secondly, they designed a bolt with about 2 dozen radial fins as the locking lugs, but that isn’t the problem. The problem is the receiver rails the bolt rides in are about as soft as balsa wood. As you shoot the gun more, the bolt lugs chatter and eat into the receiver.

Eventually, the wear becomes such that the bolt won’t rotate into battery. It’s life expectancy? Remington projected a service life of 1000 rounds. For an AR-15 or an AK-47, that’s not even broken in.

Then there’s the notoriously complicated take-down process. Field stripping is taking off the forend and taking out the trigger group; you can’t take out the bolt with a toolkit and a bench.

The owner is left with the choice of retiring/junking the rifle, using it as a straight-pull bolt action, or converting it into a pump-action with parts from a Remington 760. It could have been all things to all men. Instead, it’s a jamomatic.

The reason the FiveseveN is on this list is not because of a flaw in the gun. It’s about the gullibility of the gun buying public.

The 5.7x28mm cartridge isn’t bad. It does go through stuff pretty well and has near-9mm muzzle energy, so it hits about as hard as a 9mm with less recoil and 3 more cartridges per magazine.

For one, 2 or 3 more rounds isn’t an astounding improvement; 9mm pistols of the same size have 17+1, 18+1, and 19+1 magazines commonly available. For two, the 5.7x28mm isn’t as impressive as you think; most ballistic testing reveals it’s impressive for such a small bullet, but no better than 9mm in almost any respect.

For three, you pay for the privilege and get little for it. The first gen model had plastic sights, the second-gen model has plastic-coated sights. In either case they are standard white dots. The frame and slide are both plastic, and THE GUN COSTS $1500.

Is the gun or the ammo bad? No, not really. But are a boatload of idiots convinced it has powers it doesn’t, and has the FiveseveN separated a lot of idiots from their money? You bet.

Big Green didn’t just drop the ball with the R51; they shot it, beat it, set it on fire and left it for dead.

The R51 is a modernized Remington Model 51, a slim lightweight pocket pistol of the early 20th century. The Model 51 used a hesitation-locking (delayed blowback) mechanism designed by John Pederson, originally offered in .32 or .380 ACP.

The original was hailed for outstanding ergonomics, simplicity, reliability and ease of use.

The new version promised the same, with slim width (around 1 inch) and scant weight (22 oz) to boot. It debuted in 2014, the height of the single-stack compact craze. But, to paraphrase Joe Pesci, “in the end…they fudged it all up.”

The guns were plagued with problems. Feeding and extraction issues, even nearly inexplicable accidental discharges. The gun was pulled from the market before the end of the first year, returning to production in 2016…where they continued.

Remington would declare bankruptcy in 2018, but exiting quickly…only to go bankrupt again in 2020 and get chopped up for parts.

The Taurus Judge is a .45 Colt revolver that’s also a .410 gauge shotgun…that sucks at being both. We have to allow that if pressed into use for self-defense at typical self-defense distance, it’d work. It also makes a good snake gun, if loaded with birdshot.

But it’s a solution for a problem that never existed.

It’s awful at being a .45 Colt revolver. The grips are too small and the barrel twist is wrong.

Unlike other .45 Colt revolvers like the Model 25 and Colt SAA and clones, the Judge is so ugly that you have to put a brown paper bag over your head in case the one you have to put the Judge in breaks. The trigger also leaves much to be desired. This is what a good .45 revolver looks like: 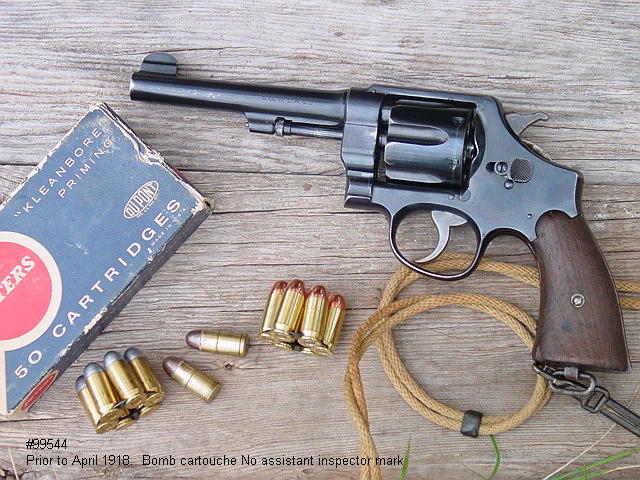 Source
The 6 Worst Guns Ever Made is written by for gunbelts.com

Does A Full Handgun Grip Matter For Concealed Carry?

Are Bullpup Guns All They’re Cracked Up To Be?

A Quick Guide To Rifle Slings